This structure was built by the City of Decorah and served as the city’s water pumping station. The well was located under the theatre.

The building is sold to the A.R. Coffeen Company. 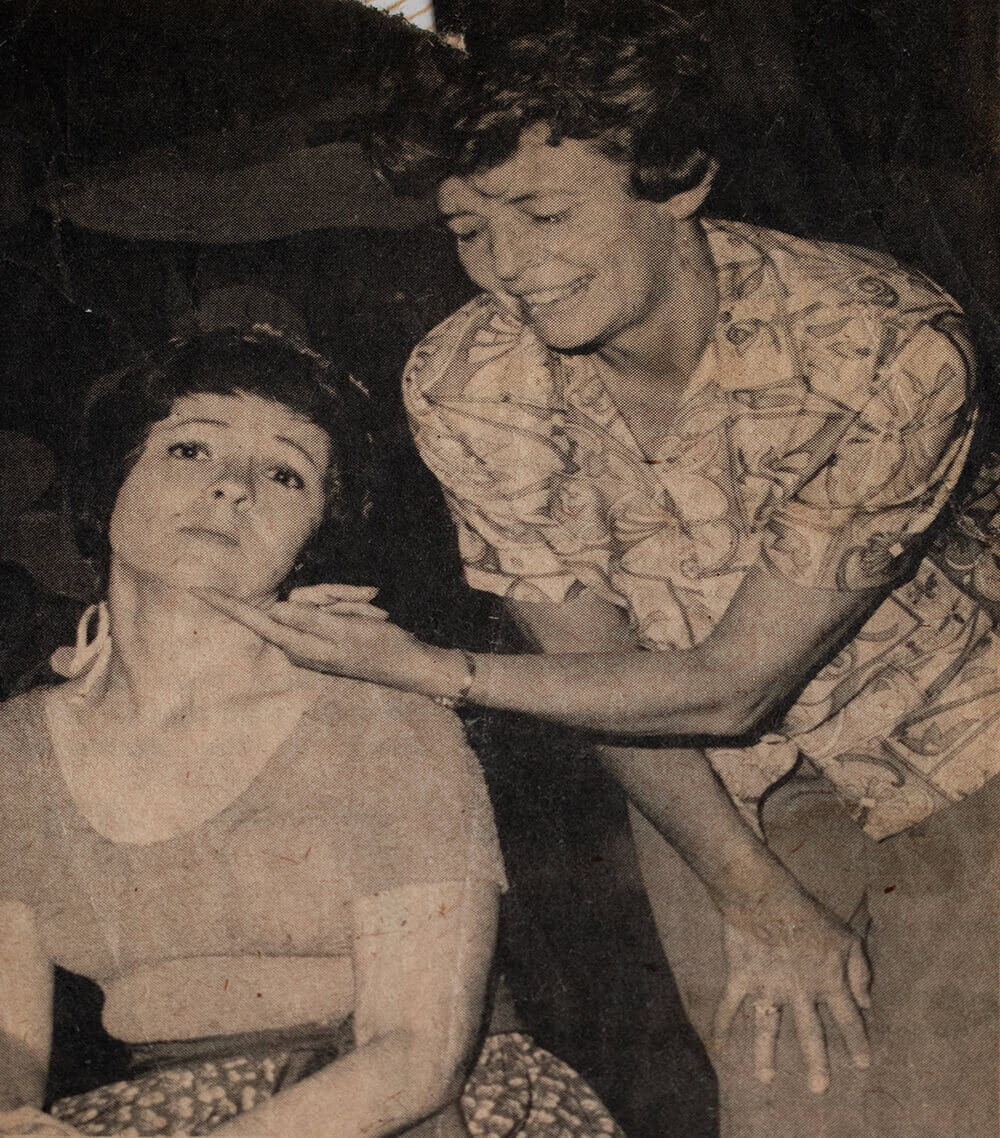 The organization was started in 1975 by Bette Greedy, who was quickly joined by a group of local thespians who wanted to share their passion with others. Bette secured enough money to stage the first show, a musical called Little Mary Sunshine. The show was performed in Ye Olde Barn Theatre on the edge of Decorah. The barn was not entirely waterproof, and this propelled the group to look for other locations. During the early years, New Minowa Players (NMP) performed shows in such diverse places as The Elks Club and Nob Hill. Over time, though, the need for a permanent home grew.

In 1981, a major fundraising campaign allowed NMP to purchase the current building.

NMP raised enough money through the fundraising campaign to buy the building for $37,000. There was even enough money to remodel the building to include space for meetings, rehearsals, costumes, sets, and props. The same year NMP also purchased a new lighting system. This was another major step since the organization had previously used whatever lights were available at performance sites. They were not always ideal.

The engagement in NMP grew. For the next two decades, NMP presented two to four shows per year. There was usually a summer musical, provided first at Decorah Middle School and later at Decorah High School. All other shows were performed in local restaurants as dinner theater. Needless to say, it was a lot of work to haul heavy platforms to make a stage and then build a set on top of that. This may have been when the desire for having a permanent stage and seating was born.

Little by little, it happened. In 2004, some committed members of NMP cleared out the room used for storage and erected a temporary stage for the show Wild West Women.

The board approved construction of a stage and risers in 2006, and members went to work the very next day. The seats came from Waukon High School’s auditorium, and many volunteer hours were spent refurbishing and installing them. With the addition of a permanent lighting system, NMP was one step closer to having a great performance site.

It was a welcome and much-needed improvement. NMP had expanded its offerings to include an annual Young People’s Production in August and a Family Show in January.

In 2007, NMP added another offering: the annual Children’s Show in October.

NMP holds its first Cabaret as a fundraiser in November of 2009. This time slot is now flexible and can be used for one-acts, full shows, or musical theatre selections.

It did not take long before the Spring Show with more adult themes became a regular part of the season.

In 2011, the ceiling collapsed under four feet of snow and the theater had to be gutted for repairs. Businesses, local funders, families, and individuals came together to donate to the “Raise the Roof” campaign. Once again, the community responded to fundraising efforts by donating to the repairs with some purchasing the right to name a seat in honor of themselves or a loved one. At your next performance, take a look at your seat. Perhaps you will recognize the name affixed to the seat you are occupying!

In 2015, the community offered strong support for the “40 for 40” campaign, designed to celebrate 40 years of community theatre. The campaign raised enough money for repairs and upgrades to the property, including foundation work, new siding on all structures, and remodeling of storage areas. It even opened up space for a scene shop. 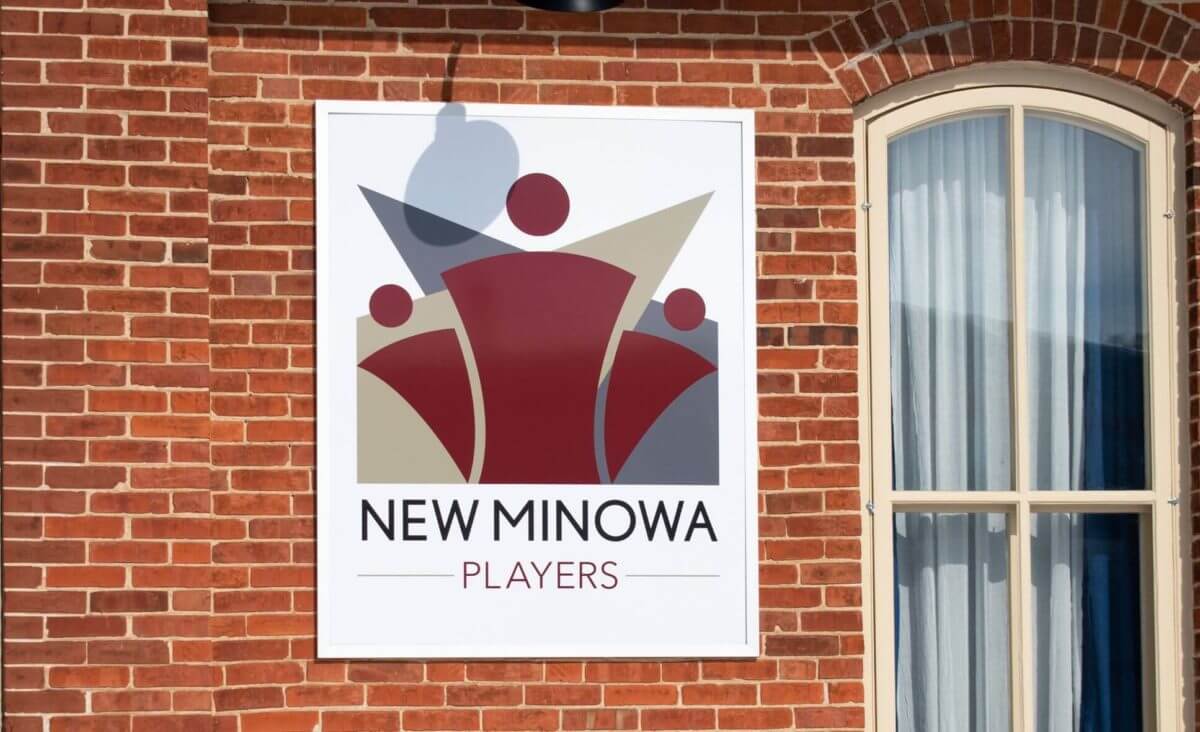 NMP now presents six shows per year and has a strong following of audience members who look forward to attending them.

Having had an active community theatre for more than four decades is quite remarkable. Two of the three “founding mothers” are still active. Bette Greedy, who raised money for the first show, directed a show as recently as 2014. The Greedy Green Room is named after her. Donalee Burns is a frequent costumer for shows and maintains the costume shop with hundreds of costumes. The shop is named Donalee’s Duds. The front room, which serves as a meeting space and box office, is named Helen’s Room in honor of the late Helen Schmidt.

Greedy GreenroomOur greenroom is named after one of the founding mothers of New Minowa Players, Bette Greedy.
+ 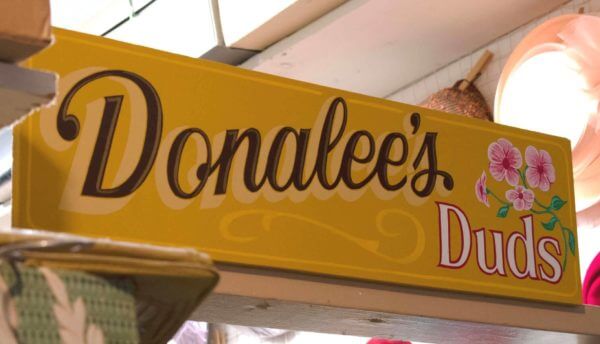 Donalee's DudsDonalee Burns, another founding mother, was the inspiration for the name of our costume shop!
+

Helen's RoomThe main greeting room of the New Minowa Players building is graced with the name of Helen’s Room in honor of the late Helen Schmidt. She is the last of NMP’s founding mothers.

NMP is grateful for the support and engagement of people from throughout the region. There is a role to play for everyone: as members of the audience, directors, set builders, actors on stage, musicians, crew working behind the scenes, and sponsors. Please let anyone from NMP know if you would like to get involved.